For a number of years, PCs have enjoyed a steady growth in the number of games they have. Most of them are pretty interesting to play as they borrow from console games. But, when it comes to RPGs, PCs still have the best games.

Role-playing games offer you a different experience as they give you a chance to feel a part of the game. And, while there are a number of PC games on the market, there are others that are a cut above the rest.

To get more info about these games, you need to definitely read below. Information on the features that these games carry can also be found here. Read on to learn more.

The first game on this list has got to be The Witcher 3 because of it’s epic gameplay. If you’re a fan of adventure, then this is the game you want to have a close look at.

It offers you a chance to learn more about the war-ravaged lands you’ll be going through. The other part that you don’t want to miss out on is when you have to slaughter a monster too.

One of the most detailed RPGs you’ll ever see when playing PC games is this one. You don’t have any simple binary choices to make like almost every other game you have in the market.

The character creator offers you a free-reign to what you want to create. This role-playing game gives you the chance to create someone other than yourself. You have to, however, consider that you have six original characters where you have to choose from their background.

If you happen to enjoy poetry with your role-playing games, then you’re in luck with this particular game. The thing is that even if you’ll be fighting in this game, you’ll be reading just as much while you play.

What makes the writing stand out is that everything is well-written, and you will be hungry for more after the first read. You’ll even at times ignore the need for combat when you play.

If you enjoy Dungeons and Dragons, then you may have found your mate here when it comes to role-playing games. The land of the Forgotten Realms is creatively and meticulously created with this game. And, you also get to enjoy a beautiful environment when you play the game.

You have to be prepared to clear up quests when you play this game. There are a number of villages you’ll have to save, fight mad wizards, and more. You also get to explore the Planescape and also have an adventure to the Underdark.

Unlike this game’s predecessor, there aren’t the constant battles that pit the Dark Side and the Light Side; in this game you will be exploring the universe.

The entire adventure is about an exile who is forced to have thoughts about every action. He also has to think about how good deeds can create evil when they are performed. This causes further pragmatism when you play on and it can be depressing too.

Another top PC game that you can look at is this one as it offers you a chance to fight through a dying land. The battles can be cruel and relentless at times so you need to be alert before you log on.

You need to also time your moves here as one wrong move can be fatal. Victory, however, with this game is hard fought for and not easy to come by.

Role-playing games offer you something different from other games as they give you a chance to recreate yourself. You can even choose to create your character as your hero when you play. First revealed to the world in 1974, Dungeons and Dragons will always have a special place in our hearts as one of the best role playing games ever. Its cultural impact in today's modern gaming world has brought countless other fantasy role playing games to the forefront. The storylines and... 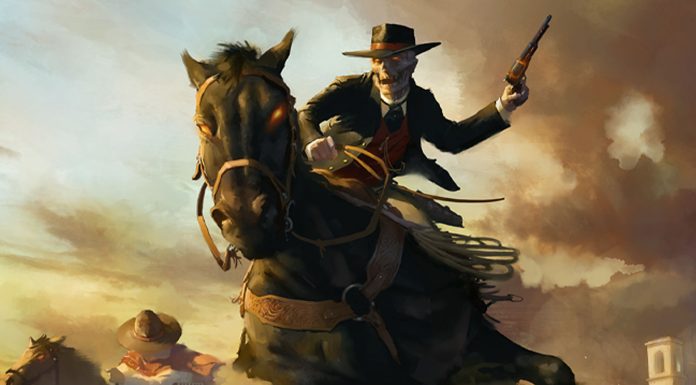 Deadlands – A Guide to the Wild West RPG

The year was 1996, and Deadlands was crowned as Best Graphic Presentation for a Roleplaying Game Supplement and many others accolades in the Origins Awards. The game's logo featured an undead character holding two shooters, and the title tells you what kind of game you should be expecting. No one...