One thing that I like about Identity V apart from its gothic aesthetics is the gameplay. Identity V plays much like a horror movie where a group of people tries to survive while a hunter is trying to eliminate them.

This is a very team-oriented game and has been one of the most enjoyable mobile games I’ve played with my friends in quite a while.

Here are some tips on what I’ve learned from playing Identity V including how to win the game, how to get coins, and more. Check it out below.

How to Win the Game

Identity V is a game where I get to play as either a Survivor or a Hunter. Survivors typically have their own set of abilities that are useful in escaping the map.

The main goal of a survivor or a team of survivors is to capture all the cipher machines and try to open at least one of the two exit gates. To do this, we must cooperate and use our abilities to try and fend off the Hunters.

Meanwhile, Hunters are tasked to eliminate Survivors and prevent them from escaping. Survivors who win the game can make it out of the map or at least three of them can leave the map.

Hunters win the game if they can eliminate at least three Survivors.

Where to Get Clues

The more clues that I have, the more I’m able to purchase different items at the shop. Some of which include costumes and even new characters.

One thing I noticed in this game is that whenever I get a high score while playing a certain character, the game rewards me with a higher deduction. This increases my chances of getting even more clues at the end of each match.

Learning the Types of Survivors

In Identity V, most players would want to become a Survivor but others want to play the Hunter as well. There are four different types of Survivors, Rescue, Decode, Contain, and Assist. Each one of them possesses unique skills and has a different role in the team.

Rescue specializes in helping others that are tied up and are made to distract the Hunter. Decode are Survivors that can decode the cipher machines quickly.

Contain class is great at distracting the Hunter while the rest of the team tries to cipher the machines for their escape.

Lastly, the Assist class are the healers of the team which can be the most powerful class in the game as well as most frustrating for Hunters.

When playing as Survivors, it is always best to have a diverse team filled with different classes. I’ve always played with my friends who specialize in different classes while I play as the Assist. We often win a lot of games as we tend to synergize well with each other.

Knowing the classes is just the first part, playing them effectively is the second part. Creating a diverse team will increase your chances of survival as you’re able to cover each other’s weaknesses.

Take the time to learn each class and see which one fits your play style and you’ll know your role in the team.

Playing Identity V is like playing a horror game where the killer is always coming after you. One thing I’ve noticed with new players is that at the start of the game they often immediately run out in the open towards the nearest cipher machine.

This is a grave mistake that many newbies make as the hunter will immediately spot you and eliminate you from the game. I suggest that you crouch while moving around so the hunter won’t be able to see you.

Crouching helps you get to the cipher machine without getting detected. However, you should also be aware of your surroundings when moving.

Always make sure that you communicate well with your teammates when working on the cipher machines.

Don’t Forget to Open the Chests

There are several chests hidden on the map containing items that will increase your chances of survival. However, these chests are quite difficult to find so you will have to scout the map for them.

You can find a map inside the chest that will show you the position of all the cipher machines. This is quite useful as it helps you save a lot of time and win the game faster. Another item that can be found inside the chest is the shrinking device.

The shrinking device is a great item to have as it makes you smaller which is a perfect way to hide from the hunter. Just make sure that you remain vigilant as the hunter can still see you even if you are already small.

There are a lot of strategies involved in playing Identity V. One strategy that I find effective, especially when dealing with the Hunter, is making sure that we decode the cipher machines at the same time.

I always tell my team that we should go out in pairs. One pair should focus on decoding the machines while the other pair tries to distract the Hunter.

Sometimes, the Hunter will choose to focus on the team that decodes the machine but it is up to the other pair to try and take the attention away from them.

Try to Avoid Decoding Together

As the decoding team, make sure not to both be decoding. This will only leave you vulnerable as both of you are focused on decoding and not protecting yourselves from the Hunter.

Have one player stand by and be the lookout while the Decoder focuses on decoding the machine since they’re more efficient at it. While many players might argue that decoding together would make things go faster, I would still not recommend it.

There’s no point in decoding together if both of you are dead.

It’s Okay if You’re Being Chased

Many new players often panic when the Hunter begins chasing them. They either try to call out to their teammates to help them or simply run around to try and lose the Hunter.

When it comes to being chased by the Hunter, make sure that you keep calm and let him chase you. The Hunter should be chasing you instead of your other teammates who are working on the machines.

One piece of advice that I would give to the player being chased is to keep the hunter focused on you. If he’s chasing you, then you’ve done an effective job of distracting him.

Try your best to dodge any attack from the Hunter and survive until your teammates can decode all machines.

The tips that I mentioned above are just some of the most effective ways to help you win more games.

Winning more games is very important as you get to earn more coins by winning. Sure, you can still get coins at the end of each match but winning gives you more.

Make sure that you follow the tips above to survive as long as possible so you and your team can escape safely.

Communicate with Your Team

There is no other way to effectively win the game than proper communication. The game itself is built to enhance our communication skills with the team.

Every time I do something, I always make sure that I let my team know so they would also understand what I’m about to do.

Whether I want to distract the hunter, or if I’ve reached a cipher machine and start decoding it, I always talk to them so they will know what’s going on.

Information is key in this game and even if I am playing alone, I make it a point of letting my teammates know using keywords or by spamming them.

I think it’s human instinct to try and help others, especially when they’re taken out by the hunter. Many players make this mistake a lot as they often leave what they’re doing to help their teammates at that moment.

I instead recommend that you try to finish decoding first and then go and help your teammates. You need to look out for yourself and the others who are still in the game.

If a chance opens up to be able to help then go ahead and rescue them.

Identity V is a very fun mobile game to play especially when I play it together with my friends. We have a really good time playing Identity V with all the different strategies that we apply.

I hope you also get to enjoy the game, whether you play it by yourself or with your friends, with the help of the tips mentioned above. Identity V is now available for download at the Google Play Store and the App Store. 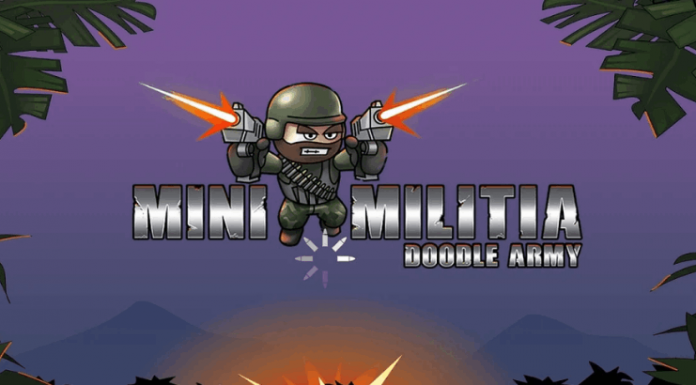 There are so many shooting games on mobile today that I've had a hard time finding one that suits my style. I often want a mobile shooting game that is short but packed with action. This is why I was excited upon discovering Mini Militia.Mini Militia is a mobile...