Mobile MMORPGs are very notorious for being repetitive and generic but that’s not how I describe RuneScape. Yes, you read that right. RuneScape is now available on mobile and I’ll tell you more about it in this guide.

RuneScape is a classic massively multiplayer online role-playing game where players get to choose a character and begin an adventure into the fantasy world of Gielinor. Developed by Jagex, RuneScape is a cross-platform game where you can play it both on your mobile device and PC.

To learn more about RuneScape, how to play the game, how to earn RuneScape Coins, learn some tips and tricks, and more, check out my full guide below.

The World Map Is Your Best Friend

One of the very first things that I noticed with RuneScape is that the map is really large. It can be very difficult to find a place where I can start my adventure but fortunately, the mini-map also provides a lot of information.

The mini-map has all the labels needed for me to find the right place to start leveling up. It shows the surrounding areas that newbies can go to and level up in peace without having to deal with aggressive monsters.

There are options that can be found on the left side of the World Map which will provide the information you need.

Whether you just want to go to a specific place or find out which NPCs are there, the World Map is your best friend in RuneScape. Take advantage of all the information presented on this option.

Activate the Lodestone Before You Start Your Adventure

Another great lesson that I’ve learned when I first started playing this game is activating the Lodestone before moving out. When I eagerly played the game for the first time, I didn’t know what the Lodestone was so I went out and fought different monsters.

I immediately regretted the fact that I chose to explore different areas and wandered far away from town. It was already late when I realized that the Lodestone allowed me to teleport back to town.

Don’t make the same mistake as I did and activate the Lodestone before you start on your adventure.

Learn More About How Combat Works in RuneScape

Combat is one of the very first things you’ll learn when playing RuneScape. The tutorial provides a good idea of what to do as a player but it is all about testing it in the game.

There are four different styles of combat in the game: Aggressive, Accurate, Defensive, and Controlled. All of which are different depending on my play style.

Aggressive combat deals more damage but my attacks often miss while Accurate does have lower damage but the attacks always hit the enemy. Defensive allows me to dodge attacks while Controlled provides a good balance of the three but I receive less experience.

Whether you want to play it safe by going for a Controlled play style or risk every by choosing Aggressive, it is all up to you.

Wield Power Magic with the Help of Runes

There is also another side to combat in RuneScape and it involves wielding magic. Apart from using swords and spears, players can also use magic with the help of runes.

Spells can be cast through a spellbook and each time you cast a spell, you will consume a rune or several runes in the process. Don’t worry about gaining runes since you’ll also collect them once you’ve slain monsters. You can also buy them from several shops in town.

Magic skills tend to deal more damage but you’ll also be very vulnerable since you’ll focus more on damage than defense. Make good use of your magic skills to initiate and whittle down the enemies first and strike appropriately.

Craft or Hunt for Items Then Sell Them for Coins

Coins are important in RuneScape. They help you purchase new items and unlock many other skills in the game. The question now is how do you get coins in RuneScape?

The answer is very simple. You hunt down monsters and they drop coins. While they often don’t provide high amounts of coins, they are enough for you to purchase new items.

Monsters also drop other resources and items which I can then sell for more coins. I often do this if I know other players find the item useful to their character.

Rare items are also quite expensive so you can make a large profit if you sell them to other players.

Earning coins can be challenging if you don’t know where to get them. Another great way to earn coins in this game is to complete quests. There are a lot of quests that you can partake in at the start of the game and each of them will reward you with a decent amount of coins.

I always make sure to read the objectives of each quest so I don’t waste a lot of time traveling back and forth. Most quests often require me to kill a certain number of monsters nearby and then head back to the NPC to collect the reward.

However, certain quests will require more from the player such as hunting down a specific monster or collecting a specific item. Make sure you don’t miss this on your Quest Log.

There are a lot of skills that players can learn for their profession. However, there is one that will truly help you level up much faster.

You’ll be able to learn safecracking skills early on and this should propel you to level 99 in a matter of days. I can simply leave the game running by itself whenever I have this skill since it is very easy to do on a mobile device.

I can even leave it while I do something else like eat lunch. All I need to do is learn the skill and then start teleporting to different areas in the game where there are safes and open them.

This gives me a lot of experience to a point where I level up much faster. So if you’re planning on getting to the higher levels as fast as you can, prioritize learning safecracking.

Make Friends and Party Together

One of the best experiences when playing an MMORPG like RuneScape is the relationships I get to make with my online friends. We may never be able to see each other in person but the camaraderie will always be there.

I always remind myself that RuneScape is a game with social features that I can take advantage of not only by searching for information but to gain friends as well. Make it a point to make new friends along the way and party together so you can level up and gain experience faster.

You might want to play the game alone and that’s fine but RuneScape is much more fun when you have friends to play with. You also get to unlock certain achievements together, fight bosses, hunt rare items, or go off on a specific quest together. There are so many things you can do together with your friends.

Enable Power Save Mode So You Can Enjoy Playing for Hours

Playing RuneScape is so much fun that I often don’t notice that my mobile device is running out of battery.

If you plan on playing for several hours, it is best that you try to conserve as much battery life as possible. I always optimize the game’s settings and enable Power Save mode within the game to help conserve battery.

This will lower the graphics by a bit but it will let you play the game for much longer. You don’t want to be in the middle of a boss fight and end up with a low battery.

Go ahead and optimize the game first before you go out on your adventure.

With all of those tips, you’re finally ready to play the game. Here’s how you can download RuneScape on your mobile device.

RuneScape is available for download at the Google Play Store and the App Store. Search for the title and tap Install to download.

Wait for the game to be fully installed first before tapping Open to launch and start playing.

The tips mentioned above should be enough for you to make your new journey to the world of Gielinor much safer and more fun. The fantasy world of RuneScape is now right in the palm of your hands.

Go ahead and download the game to enjoy one of the best MMORPG in the world today. 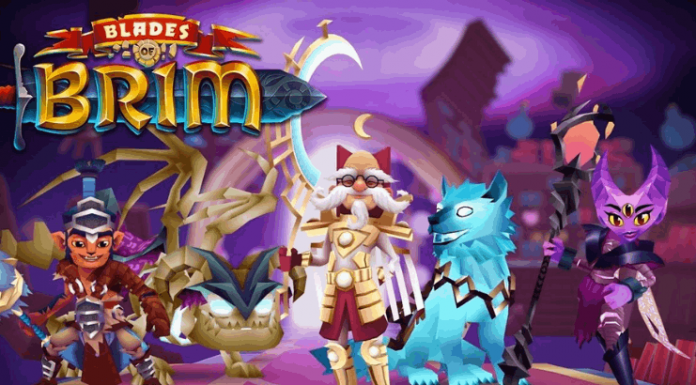